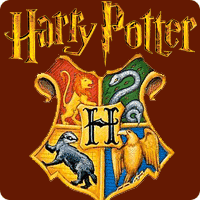 Harry Potter is one of the most famous and powerful wizards. As a young wizard, Harry had a great destiny and proved his worth when attending Hogwarts School of Witchcraft and Wizardry with his friends, Hermione Granger and Ron Weasley. The series of fantasy novels written by J. K. Rowling were the best-selling book series of all time and were adapted into a series of films by Warner Bros that were equally popular. Explore the wizard world of toys and memorabilia at Funstra.
View as Grid List