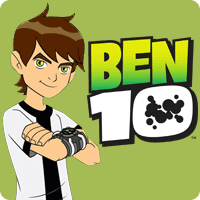 Ben 10 is about a boy named Ben Tennyson who discovers the Omnitrix, a watch-like alien device that allows him to change his DNA to transform into alien creatures. Ben Ten, along with cousin Gwen, Grandpa Max, Four Arms, Heatblast, Stinkfly, Ripjaws, Grey Matter and many more characters have entertained fans in the animated television show that began with the original series in 2005, followed by Alien Force, Ultimate Alien, Omniverse along with a series of movies by Cartoon Network. Explore the alien world of toys, bedding and merchandise at Funstra. It's hero time!
View as Grid List