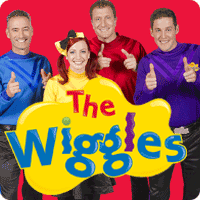 Come on down to Wiggle Town! Emma, Simon, Lachlan and Anthony are the Wiggles, the popular music group from Australia, entertaining young children around the world with catchy lyrics and dance moves. Together with Dorothy the Dinosaur, Captain Feathersword, Henry the Octopus and Wags the Dog, they sing, dance, play games, learn and have lots of Wiggly fun in their television series on ABC Kids, songs and shows touring the world. Explore the singing and dancing Wiggly world of official licensed Wiggles products with games to play, costumes to dress up and role-play and fun selection of toys with musical instruments to sing and dance along with, dolls and stuffed toys to cuddle and figures for pretend play and party supplies to celebrate with the Wiggles at Funstra.

Simon, Anthony, Emma, Lachy are in the Wiggles house and ready to play! Playtime is fun with these Wiggles action figures 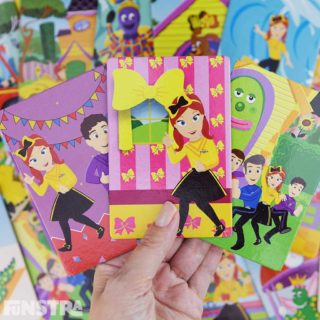 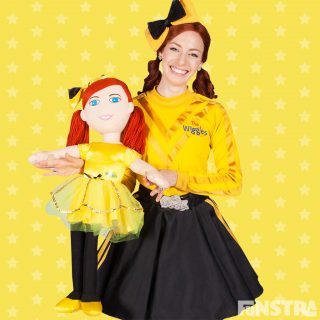 Emma and the Dance With Me Ballerina Doll 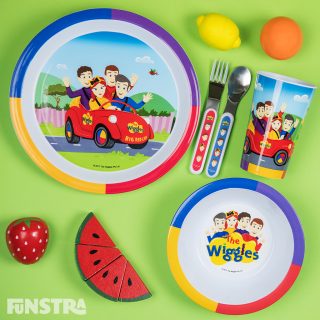 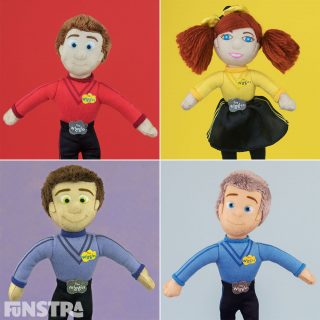 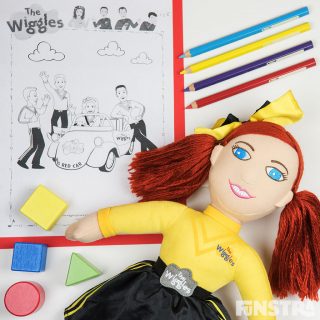 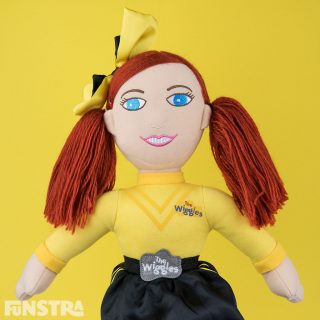 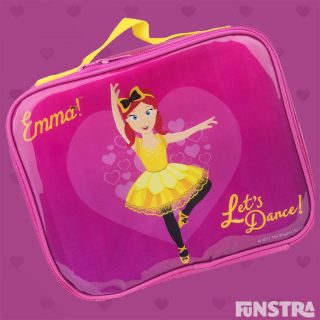 The Wiggles are an Australian children's music group that have entertained children around the world with their funky dance moves, catchy songs and toys. It all started with the original band members - Greg Page, Anthony Field, Murray Cook and Jeff Fatt. Now the newest members of the band are still identified by their colourful skivvies, with Emma Watkins in yellow, Simon Pryce in red, Lachlan Gillespie in purple and Anthony Field in blue.

The award winning children's entertainment group has received many awards for their CDs, DVDs, music albums with ABC Music and live concerts and tours around the globe, with hits "Hot Potato", "Wake Up Jeff", "Can You (Point Your Finger and Do the Twist)" and "Toot Toot, Chugga Chugga, Big Red Car", are just a few of their musical accomplishments.

Emma is the yellow Wiggle and is the first female member of the children's music group, becoming an official Wiggle in 2012 to replace Greg Page. Emma loves dancing and playing many instruments, including the guitar and drums. With beautiful red hair that is often tied in pig tails, she loves wearing bows.

Anthony is the blue Wiggle and has been a Wiggle since their debut in 1991 and was formally a band member of The Cockroaches. Anthony loves singing and dancing and plays many instruments, including the guitar, drums and trumpet and enjoys eating.

Simon is the red Wiggle and joined the Wiggles in 2002 for vocals on their CDs and later became an official Wiggle in 2013 to replace Murray Cook. Simon loves singing and dancing and playing the cowbell and enjoys listening to classical music.

Lachlan is the purple Wiggle and joined the Wiggles tour in 2009 and later became an official member of the group in 2012 to replace Jeff Fatt. Lachy is married to yellow Wiggle, Emma Watkins, and plays the keyboard, along with the tambourine, guitar and accordion and loves to sleep.

Wags is a tall, brown, furry dog with a big nose, floppy ears and a happy face and has a 'W' on his chest. Wags the Dog loves to dance and enjoys eating bones and has several songs named after him, with "We're Dancing with Wags the Dog", "Who Got 'Da Bones?" and "Wave to Wags".

Dorothy the Dinosaur is a rososaurus, a green dinosaur with yellow spots. Dorothy wears a floppy hat and loves to eat roses and enjoys making her guests a rosy-posy tea. Dorothy loves to dance the ballet and her favourite colour is pink.

Henry is a fun-loving purple octopus with eight tentacles and wears eight shoes, plaid clothes and a black bowtie. Henry the Octopus directs an underwater band and enjoys swimming and loves to sing and dance with his eight legs. Henry has had several songs named after him with "Henry's Dance", "Henry Likes Water" and 'Move Your Arms Like Henry".

Ready, Steady, Wiggle! Emma, Lachy, Simon and Anthony, along with supporting characters Dorothy the Dinosaur, Henry the Octopus, Wags the Dog and Captain Feathersword have been educating children with their musical instruments and performances, using the art of song, stories and play in their numerous television series, music records and shows that have inspired a fun selection of toys, books, puzzles, games and activities for child play.

Singing, dancing and playing toy instruments stimulates your child's creativity and imagination. Through interactive toys, such as musical toys and instruments like the guitar, keyboard and drum set, children can develop physical, mental and fine motor skills. The catchy and repetitive lyrics and melodies from the Wiggles assist in developing your child's language skills, pronunciation, memory and allow children to connect music with emotions. Listening to Wiggles songs, and singing, dancing, playing with instruments and toys provide great learning opportunities for children that is both fun and educational.

More on The Wiggles 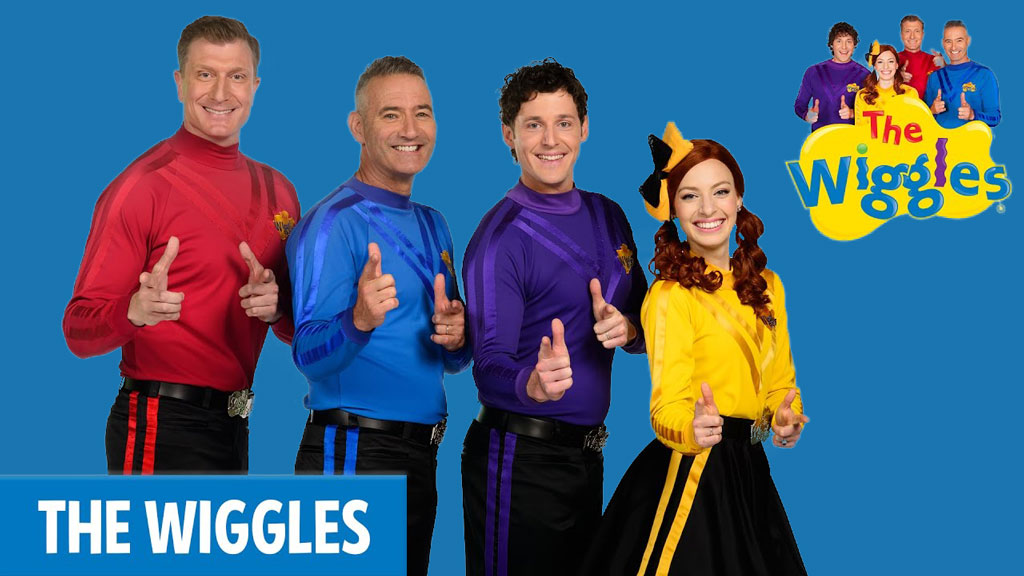 Little Wigglers that can't get enough of the Australian children's music group will love our compilation of the best videos on YouTube. Join Emma, Lachy, Simon, Anthony, Captain Feathersword, Dorothy the Dinosaur, Wags the Dog and Henry the Octopus as they sing, dance and learn together. Nursery Rhymes Lachy, Anthony, Emma and Simon sing some of Mother Goose's favourite nursery rhymes, beginning with the ABC song. With blue Wiggle, Anthony Field, on guitar, purple Wiggle, Lachlan Gillespie, playing the keyboard, yellow Wiggle, Emma Watkins, on drums and Simon Pryce singing the lead, the Wiggles ... READ MORE

If you have a little Wiggles fan in your home, you'll already know that Emma is a favorite cast member of the children's music group. As an idol to most toddlers and preschoolers that love the Wiggles, Emma Watkins, is the yellow Wiggle and star of early childhood entertainment. Lucky for you, there's lots of gorgeous Emma Wiggle toys and merchandise that don't just offer fun and games, but encourage learning and development and aim to give your child a bowtiful day every day. 1. Dance with Me ... READ MORE